The Atal Setu also known as the Third Mandovi Bridge is a cable-stayed bridge between the towns Panaji and Porvorim, in Goa. It carries NH 66 over the tidal part of the Mandovi River. It has a total length of 5.1 kilometres. It is the third longest cable-stayed bridge in India.

The Betim Fishermen Jetty and Cooperative can be located beside a dense cluster of busy trawlers on the Mandovi estuary, under the Panjim-Porvorim bridge, Goa. It is a high functioning fishing jetty with 150 trawlers, a chaotic fish market and a family of supporting economies (net mending sheds and gear shops) scattered around it. 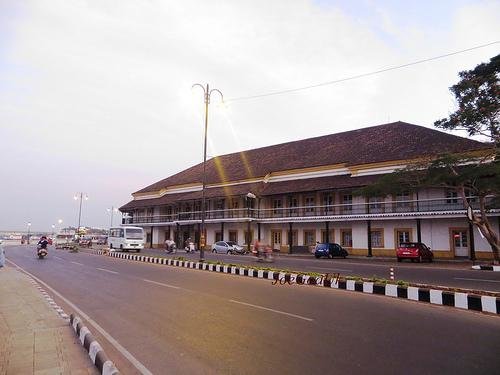 Built in the year of 1952, this hotel was the pioneer of first-class hotels in Goa. Built and still owned by the respected Quenim family of Goa, this hotel was built primarily to serve the distinguished international visitors expected for the Tenth Solemn Exposition of the relics of St. Francis Xavier at Old Goa. The first elevator in Goa was brought in for this hotel. Fish Curry Rice, Kismur (Goan dried prawn salad), Mutton Xacuti and Chicken Cafrealare must trys on the menu of the Mandovi Hotel. 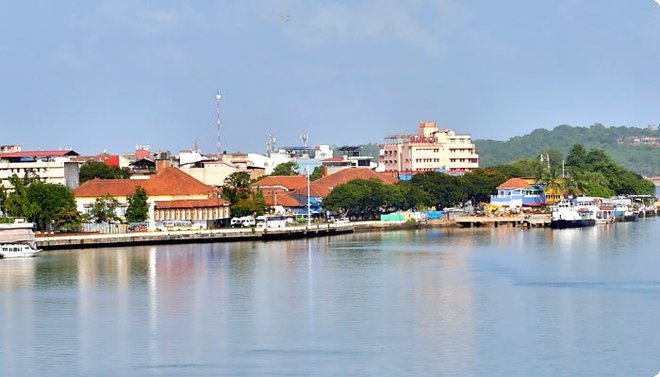 Located in Panjim, the capital city of Goa, this church houses the ancient bell that was removed from the Augustinian ruins of the Church of Our Lady of Grace. This bell is considered to be the second largest of its kind in Goa, surpassed only by the Golden Bell which resides in the Se Cathedral. The double flights of steps that zigzag across the hillside on which the Church is built give it, its distinctive appearance. 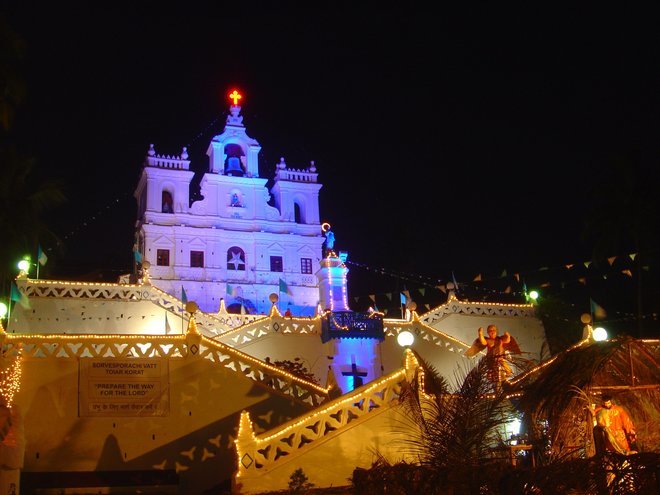 This is the capital of Goa and located in the North Goa district. It is connected to the mainland by bridges. The origin of the name Panaji or Panjim has many explanations. Some of them include it being the corrupted version of "Ponjy" said to mean "the land that never floods". The Portuguese called the city "Panjim" and after liberation, it has seen its name changed to "Panaji". On December 1, 1759, the then Viceroy, Dom Manuel de Saldanha de Albuquerque, Count of Ega, shifted his residence from the then capital of Goa- Old Goa to Panjim. He is therefore called ‘The Father of Panjim’.

This Oldest fort of Goa is strategically located at the narrowest point at the mouth of the Mandovi estuary at Reis Magos. It was used as a residence for viceroys and later converted to a fortress. It was occupied briefly between 1798-1813 by the British army. Abandoned by the military, it subsequently served as a prison until recently. Adjoining the fort at its base is the beautiful church of Reis Magos – best viewed at sunset. 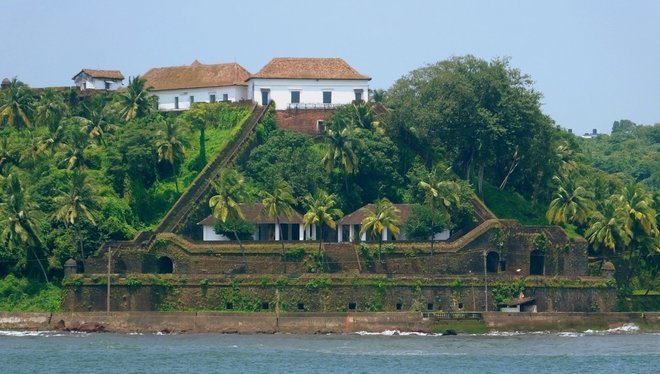 This four-storeyed light-house was built in 1864 and is the oldest of its kind in Asia. It once used oil lamps to emit a beacon of light once every seven minutes, which was later upgraded to emit light every 30 seconds. The old lighthouse dominates the landscape of the FortAguada from a distance. It contains a copper plaque dedicated to the Viceroy RuyTavara and the architect and engineer under whose aegis the fort was built. This lighthouse also once contained an ancient bell, taken from the Augustinian church; however, this bell is now housed in the Our Lady of Immaculate Conception Church, Panaji. 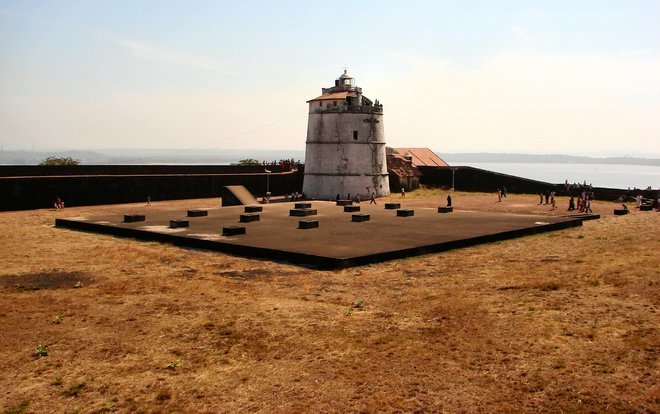 The closest beach to Panjim City was originally called Porta de Gaspar Dias by the Portuguese.  Miramar is very much both a family beach and a meeting point for young people. It is also a hot spot for fitness fiends and walkers. A memorial to Goa's first chief minister, the late Dayanand Bandodkar is located here. 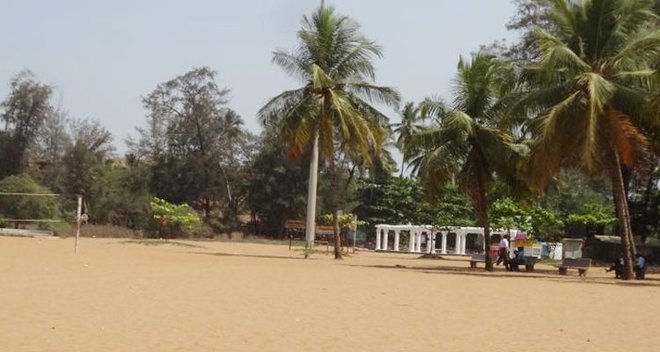 Built-in 1540 AD opposite Fort Aguada on the south headland of the river Mandovi, the Cabo (the Portuguese word for the cape) Palace fortress housed the Franciscan monastery, which later (1594 AD) became the official residence of the Governor of Goa. Holding the most panoramic view one can witness in Goa with the Indian Ocean towards the west, the Bay of the river Mandovi and Fort Aguada on the north and the busy port of Mormugao.